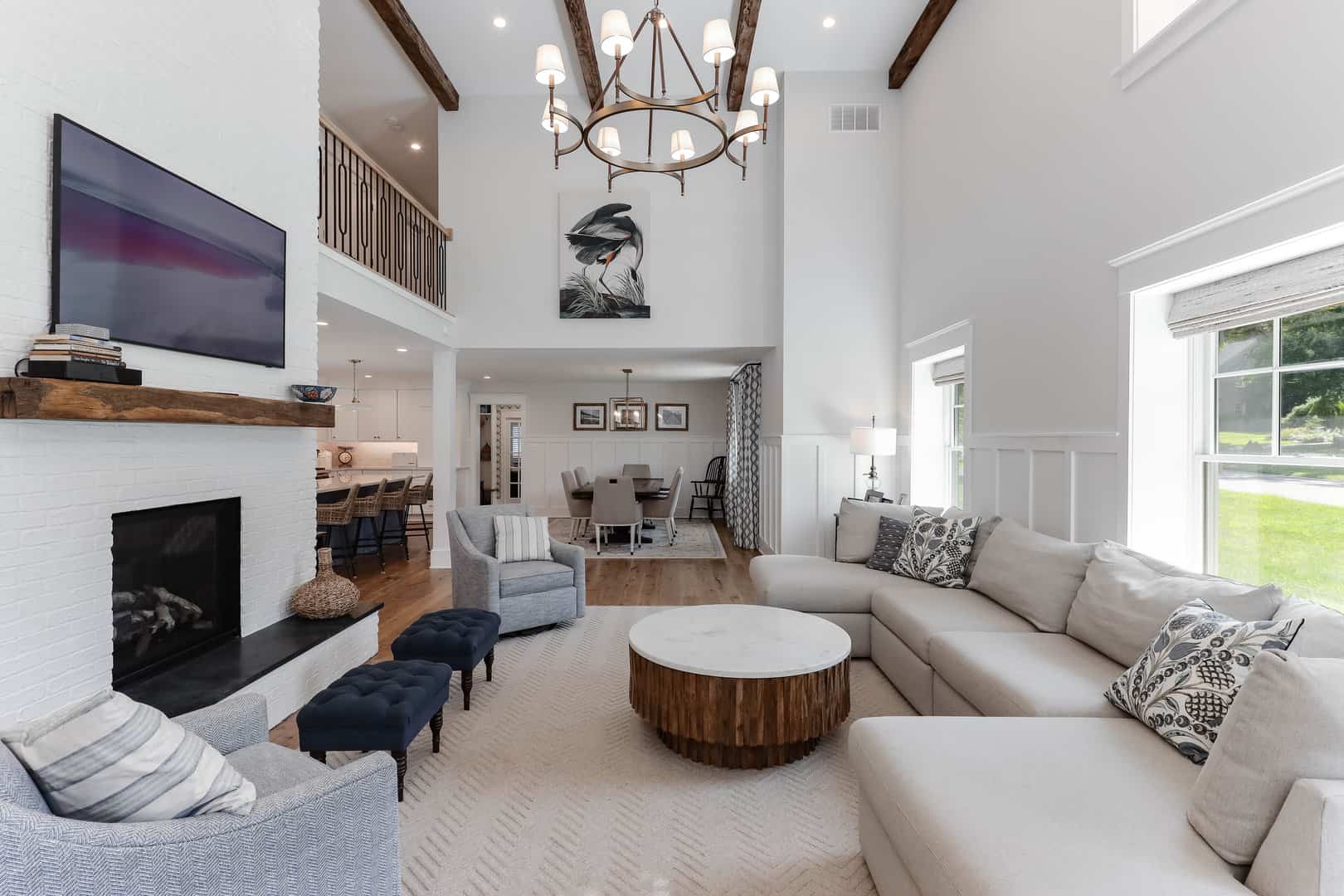 MORTGAGE ON THE HOUSE

Buying a home will be your largest, most important investment, which is why
we ensure every detail is thought of, every step of the process is well
communicated and the outcome is a success.

For the third year in a row, we want to thank all of our homebuyers for
trusting us by automatically entering each buyer into a sweepstakes to win
a year of mortgage payments on us!
Of course, some restrictions apply and our attorneys would be displeased if
we didn’t tell you there is some legalese you can find below, but it’s
pretty simple… Buy a house with us in 2022 and be automatically entered to
have your mortgage paid by us for all of 2023!

*Please read these Official Contest Rules before entering this promotion
(the “Promotion”) held by The Teams of Next Step Realty. By participating
in the Promotion, you agree to be bound by these Official Rules and
represent that you satisfy all of the eligibility requirements below.*

*NO PURCHASE, PAYMENT OR OBLIGATION OF ANY KIND IS NECESSARY TO ENTER OR
WIN THIS PROMOTION.*

*Eligibility:* The Promotion is open only to individuals, who are legal
residents of the State of Maryland, 18 years of age or older, and who close
a home purchase loan during the Promotion Period (defined in the next
paragraph) with a licensed Next Step Realty salesperson. If the mortgage
exceeds $20,000 for the calendar year, Next Step will pay the principal and
interest, up to $20,000.00. Alternatively, to enter without applying or
closing on a home purchase, clearly hand-print your full name, mailing
address, e-mail address, and daytime phone number on a letter, and mail
that letter in a hand-addressed envelope to “Mortgage Payment Sweepstakes”,
Attn: Contest, Next Step Realty, 22 W. Padonia Rd., Suite A-100, Timonium,
MD 21093. Mail-in entries must be postmarked no later than the last day of
the “Promotion Period and received within five (5) days after the last day
of such Promotion Period to be eligible. Only ten (10) entries per person
per Promotion Period will be entered. Entries become the property of the
Sponsor and will not be returned.

If you do not meet any of these requirements or any other eligibility
requirements in these Official Rules, you are not eligible to win the
prize, and the Sponsor reserves the right not to award the prize to you.
Directors, officers, and employees of the Sponsor and/or those living in
the same household of each, are not eligible to win. Promotion is subject
to all applicable federal, state, and local laws and regulations, and is
void where prohibited by law.

*Prize:* An amount equivalent to 12 months of mortgage payments to include
principal and accrued interest or the present value of the same, calculated
in the sole discretion of the Sponsor, not to exceed $20,000.00. Private
Mortgage Insurance, Real Estate Taxes, and other “escrow items” are not
included.

The sponsor reserves the right to substitute a prize of equal or greater
value in its sole discretion for any eligible winner. Odds of winning
depend on the number of eligible entries received during the Promotion
Period.

*Random Drawing:* A winner will be selected in a random drawing from all
eligible entries to be held no later than two (2) weeks after the end of
the Promotion Period. The winner will be notified by telephone and/or email
within four (4) weeks after the last day of the Promotion Period. The prize
winner will be required to execute an affidavit of eligibility and
liability/publicity release within seven (7) days following the date of
attempted notification. The prize will be awarded within thirty (30) days
after winner verification. If a prize notification is returned as
undeliverable, it will result in disqualification, and the prize will be
awarded to an alternate winner in a separate random drawing. Prizes are not
assignable or transferable, except to a surviving spouse.

The prize is awarded “AS IS” and WITHOUT WARRANTY OF ANY KIND, express or
implied. No substitutions or exchanges (including for cash) of any prize
will be permitted, except that the Sponsor reserves the right to substitute
a prize of equal or greater value. The winner is responsible for all
federal, state, local, sales, and income taxes associated with the receipt
and/or use of any prize. Entry and acceptance of any prize constitute
permission to use the winner’s name, prize won, office affiliation,
hometown, and likeness for online posting and promotional purposes without
further compensation, except where prohibited by law. Unless prohibited by
law, the winner will be required to sign and return an affidavit of
eligibility, liability release, publicity release, tax forms, and other
reasonable documentation provided by the Sponsor before being awarded a
prize. If the winner does not execute such documentation upon request,
their prize will be forfeited and the prize will be awarded to an alternate
winner. The prize is guaranteed to be awarded.

*General:* Sponsor will not be responsible for late, lost, illegible,
incomplete, damaged, or misdirected entries and accepts no responsibility
for any injury, loss, or damage of any kind resulting from an entrant’s
participation in the Promotion. By entering the Promotion, each entrant
agrees to these Official Rules and waives, and releases the Sponsor and the
Sponsor’s subsidiaries, and affiliated companies, and all other businesses
involved in this Promotion, as well as the employees, officers, directors,
and agents of each, from, all claims, costs, injuries, losses, or damages
of any kind arising out of or in connection with the Promotion or delivery,
mis-delivery, acceptance, possession, use of or inability to use the prize
(including, without limitation, claims, costs, injuries, losses and damages
related to personal injuries, death, damage to or destruction of property,
whether intentional or unintentional), whether under a theory of contract,
tort (including negligence), warranty or other theory. Sponsor reserves the
right to amend these Official Rules or to terminate this Promotion. If any
provision of these Official Rules is deemed unenforceable by a court of
competent jurisdiction, it shall not affect the enforceability of the
remainder of these Official Rules to the extent permissible. Sponsor is not
responsible for any typographical or other error in the printing or
delivery of any Promotion materials, administration of the Promotion or in
the announcement of any prize. The Promotion and these Official Rules will
be governed, construed, and interpreted under the laws of the state of
Maryland. Entrants agree to be bound by these Official Rules, which are
final and binding in all respects.

*Winners List; Rules Request:* For a winners list, view our Winners List
section below or send a self-addressed, stamped, business-size envelope
anytime between four (4) weeks after the last day of a Promotion Period and
one (1) year after the last day after a Promotion Period. To obtain a copy
of these Official Rules, visit the Official Rules page or send a stamped,
self-addressed, business-size envelope to Next Step Realty.

*Confidentiality:* Information provided by you to participate in this
Promotion is subject to Next Step Realty’s Privacy Policies.